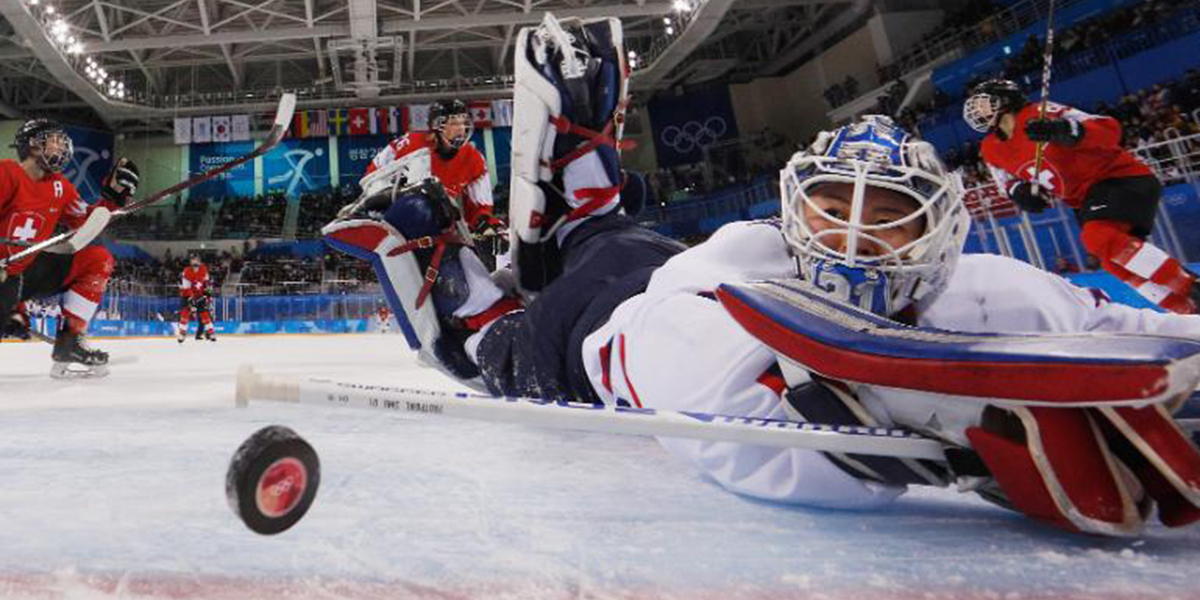 As the oldest player on the unified Korean women’s hockey team, 30-year-old forward Han Soo-jin had been carrying a huge weight on her shoulders. Especially throughout the PyeongChang Winter Olympics.

She finally got it off with a goal on Tuesday.

Han scored the lone Korean goal in the team’s 6-1 loss to Sweden. This was in the seventh place match at Kwandong Hockey Centre in Gangneung.  It tied the score at 1-1 after Sweden got on the board, but then the Swedes went on to score five unanswered goals for an easy win.

Han said the players talked about trying to step up for their last game and “playing the game without regrets.”  And on a personal level, Han was glad to get her monkey off the back.

“I had some chances in the last game (against Switzerland). And it was a burden on me, as the oldest player, not to convert those opportunities,” she said.  “Even though the goal didn’t contribute to our victory, I am happy I was able to get that weight off my shoulders.”

The goal is set up by forward Park Jong-ah on a power play.  It was one of the South Korean team’s hockey signature plays. Where Park was going one way and making the pass the other way. She did this from behind the net to fool goalie Minatsu Murase. This allowed Han to score into the gaping net from the left wing.

Han and Park only played together on power plays at the Olympics.  Han said it would have been nice to have been reunited with Park at some point but added, “I am happy that we were able to combine for a goal at the Olympics.”