Four years ago, Shim Suk-hee made sports news by winning her second gold medal at the 2018 Winter Olympic. However, her fame as the best short-track speed skater took a turn for the worst after a scandal in December. This led to a 2-month suspension making her miss the 2022 Olympics in Beijing. This week, Shim Suk-hee Returns to the National Team as her suspension is coming to an end.

According to officials with the Korea Skating Union (KSU), starting Wednesday, Shi will begin training again with the team. The original plan was to practice last Sunday at the Taeneung International Rink in Seoul. However, they had to change the date due to the National Winter Sports Festival taking place at the same venue.

Shim Suk-hee Returns to the National Team after her Suspension 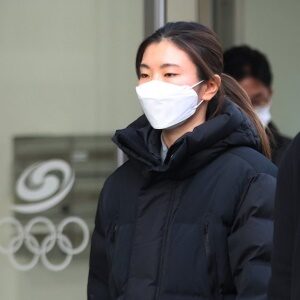 Speed skater, Shim Suk-hee is a controversial athlete in South Korea. This is because of several text message exchanges with her coach during the 2018 Winter Olympics. The text messages became public in December of last year with led to an investigation and then her suspension.

In those messages, Shim was mocking her teammates and made a reference to making a “Bradbury”. According to sports betting experts, a “Bradbury” refers to Australian speed skater Steven Bradbury in the 2002 Winter Olympics. During the race, Bradbury was in last place until the final lap. This is when his fellow racer had a crash leading to a pileup with all other skaters. In the end, he won the gold medal.

During her speed skating event, at the 2018 Olympics, Shim did get into a tangle with her teammate Choi Min-jeong. The KSU made another investigation and said Shim had intentionally push Choi’s left arm during the race. Furthermore, However, they found not proof of race fixing as there was no evidence to prove her intentions.

The KSU Fair Play Committee gave her a 2 months suspension for “marring the dignity of athletes”. Shim did file an injunction to participate in the 2022 Winter Olympics but the court did not approve her request.

According to betting odds providers, her teammates won silver in the 3,000, relay at the 2022 Winter Olympics. In addition, Choi won gold in the 1,500m race and silver in the 1,000m race.

Now that Shim Suk-hee is back on the team, she wants to participate in the World skating Championship. However, no decision has yet been as to her participation in the selection process. The stage competition for the World Short Track Speed Skating Championships will take place March 18-20 in Montreal, Canada.

Bet on Sports with VOBET, the best sportsbook in the World