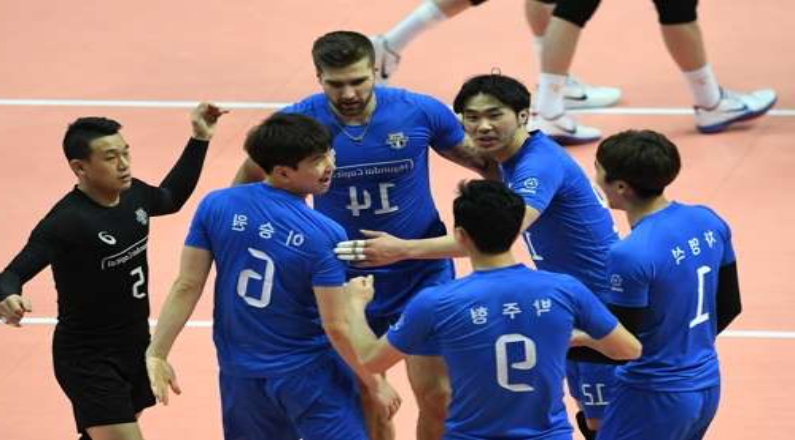 The volleyball season is nearing its peak in South Korea, as Hyundai Capital beat the OK Savings bank 3-0. The team wins back the title of 1st place in the regular KOVO league. Hyundai Capital won 3-0 during the 5th round of the men’s Dodam volleyball tournament for the 2018-2019 season. The game was held at the Ansan Evergreens Gymnasium on February 14th.

For those who bet on Hyundai Capital, the score for the game was 28-26, 25-18, and 25-21. Hyundai Capital has 22 wins, while they also have 8 losses. And looking at their record against OK Savings Bank, it seems that this season, Hyundai always wins against them.

OK Savings Bank is currently 5th place in the league. They have lost the past 3 of their games, and sports wagering experts are not expecting them to win and get into the postseason. Looking at the score, Hyundai Capital has been leading throughout the game and with each round as well.

Especially in the second set, where Cha Seung-suk had great blocks, and Lee Seung-won made open spikes. With their moves, the team easily led the set at 25-18. The third set was a bit more exciting, has both teams were doing great and passing the ball back and forth. Open attacks and blocks made the tension in the gymnasium higher, but eventually Hyundai Capital prevailed and won the third set at 24-21.

The highest scorer in the game is Kristian Padar, with 19 points, and an attack rate of 55.17%. Volleyball in Korea will only get more exciting as the season progresses into the playoffs, and to the postseason. And since we celebrate the Korean Volleyball season twice, with the Men’s and Women’s division, expect to see twice the fun.