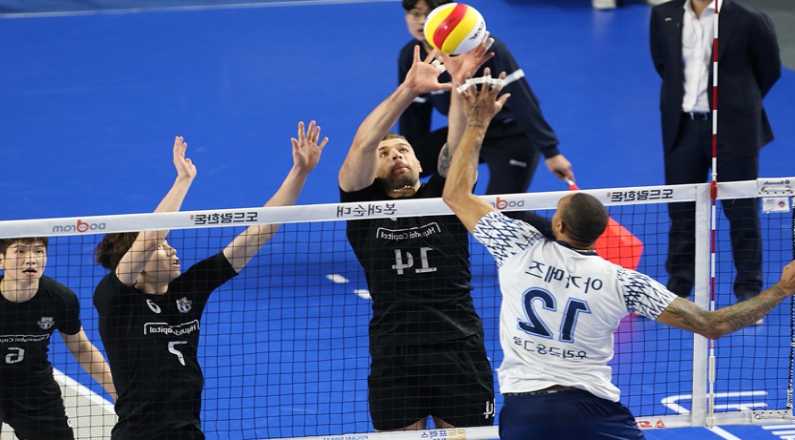 Those who like to bet on sports, especially in Korea, may be missing out on a sport that is highly profitable. While baseball or football is popular, volleyball is no lightweight sports. In fact, those who are into volleyball betting will argue that this market has great potential in terms of earning money from wagers placed with the different teams in the V-League.

The V-League 2019 season is about halfway through. The regular league rounds were made up of 6 rounds, with 30-36 games per team. Each team plays an average of 1-2 games a week. Their All-star game was held recently, January 20, 2019. The season will play on up to March, with the awards ceremony on April 2, tentatively.

Looking at the rankings, the Samsung Bluefangs are topping the league. KB Insurance Stars are second, followed by the Cheonon Hyundai Capital Skywalkers as third. Tied to the Skywalkers at third place are the Woori Card Wibee. There is also another tie in the league, with the Korean Air Jumbos and Suwon KEPCO Vixtorm tied at 5th. Lastly, ANsan OK Savings Bank Rush & Cash is last in the league at 7.

The next game will be on January 31, Thursday, for Round 5 of the Men’s division. It will be between the Hyundai Skywalkers and the Samsung Bluefangs. Round 5 of the V-League will continue on until February 15. Round 6 will begin on February 16, up to March 11. The Postseason will begin on March 14, with the Semi-playoffs to determine the 3rd place in the regular league. On March 16 and 18, the playoffs will begin, where the teams to play for 2nd place of the regular season will be determined. There will be games from then up to March 28, while the Championship game will be held on March 30. Visit our page to keep track of the developments on the V-League as we get closer to the post-season.