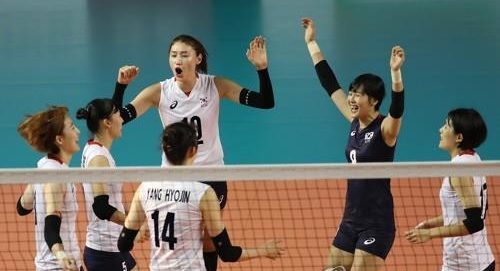 The Korean women’s volleyball team is moving ahead in the quarterfinals of the 2018 Jakarta Palembang Asian Games.  The upcoming Korea against Indonesia game is expected to affect the former’s chances at getting their second consecutive gold.

The Korean team is one of the strongest contenders in  this year’s games. Thus far, the team has only lost one out five games. They previously won against India, Kazakhstan, Vietnam, and Taipei. Almost all of Korea’s opponents  were unable to score during each match, except for Kazakhstan that was able to make one point.

It was during the Korea VS China game, however, that the tables have turned for Korea. The victory was ultimately served to China with the 3-0 final result. Will the loss help Korea strategize their next move or serve as a foreboding of China’s triumph?

Will Korea against Indonesia game lead to another match against China? 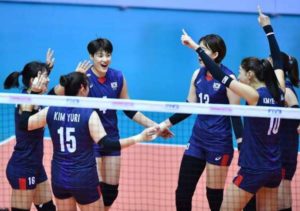 When it comes to women’s volleyball in the Asian Games, sports enthusiasts usually keep an eye on China, Japan and Korea. In this year’s games, China seems to be holding the top spot after winning all five of the games. They’ve also managed to maintain a 3-0 result in all bouts, giving their opponents no chance to score.

As of yet, it’s safe to say that China holds a strong chance at nabbing the gold. But that doesn’t leave Korea no room to assert their dominance in the game. With the right strategy, the team might just be able to finally make a back to back win this year.

If you plan to bet on volleyball, make sure to check the odds and consult your handicapper before placing your bets. With the quarterfinals and semifinals yet to start, many other things can still happen in the games. Nothing is set in stone yet, and this Korea against Indonesia game can still pave way for Korea’s match with China in the finals.

Thus far, the odds of Korea winning the games is critical to how they will fight against other opponents, but more importantly, China, who is currently one of the strongest teams in the 2018 Jakarta Palembang Asian Games.