The first half of the 2022 baseball season is over with just a few days before the KBO All-Star game. As the season progresses, the gap between the top team and the bottom teams keeps getting bigger. However, after this weekend’s games, there are no changes in the KBO top-5 standings. In fact, all of the top five clubs all won their weekend series. In our 2022 KBO Betting Update, we go over the Top 3 Baseball teams so far this season.

For baseball betting analysts, the results of this past weekend is no surprise. However, out of the top 5 teams, 3 baseball teams clearly dominate the league. These teams are the SSG Landers in first place, Kiwoom Heroes in second place, and the LG Twins in third. 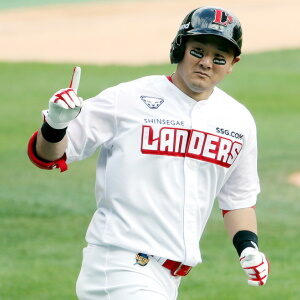 Fans who like to bet on the LG Twins are ecstatic as they have won their last seven straight games. Furthermore, they have won 9 out of their last 10 games making for an excellent record so far. Despite this amazing feat and a 51-30-1 record, they only rank third in the KBO. However, they still have a sizeable 9 points lead over the KT Wiz who are in fourth place.

The reason behind this is because the SSG Landers and the Kiwoom Heroes are also having an outstanding baseball season. However, there is still a long ways to go before the end of the regular season. Therefore, while they may be confident, they are also wary about the competition.

According to sports betting statistics, the Kiwoom Heroes recently had a 9-game streak. Even though they lost they lost 2 games last week, they swept the NC Dinos in a three-game weekend series.

The current number one team in the KBO are the SSG Landers with a 55-26-3 record. This is because they have a 2.5 lead over the Heroes after having won four in a row and nine out of their last 10. However, this could all changes this week, as the Heroes visit the Landers for a three-game series.

For the first game, sports betting odds favor the SSG landers with their starting pitcher lineup. Furthermore, they also lead the KBO in runs and batting average with runners in scoring position.