Two old KBO rivals will meet each other for the first time in six years at the playoffs that started yesterday. The Samsung Lions face Doosan Bears in a best-of-three series. However, the Bears won in both Games 1 and 2 to qualify for the Korean Series.

According to Doosan Bears betting reports, the team made history for qualifying for the KBO title series for the seventh straight year. They beat the Lions 11-3 to sweep the series. Thus, Doosan Bears will face KT Wiz in the Korean Series, which will start on Sunday at Gocheok SkyDome.

KT Wiz was the regular-season champions. As a result, they qualified for the Korean Series right away. On the other hand, the Bears were fourth in the regular season. Also, they are the first wild card winner to reach the finals since the KBO added the wild card in 2015. 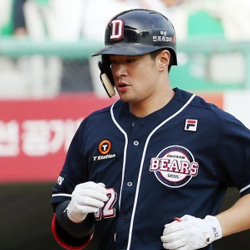 According to sports wagering reports, the Bears produced 15 hits. Also, they had multiple runs in the first four frames. DH Jose Miguel Fernandez went four out of five with three runs-batted-in in Game 2. Also, he batted five out of nine in the series. As a result, he was named the MVP of the series.

As per sports forum sources, the Bears got three one-out singles in a row in the first inning. The last one was an RBI from Kim Jae-hwan. Also, Yang Suk-hwan got a sacrifice fly to center field to increase the lead 2-0.

On the other hand, Samsung missed opportunities to score when bases were loaded twice in Game 1. In Game 2, they failed to score with bases loaded in the second inning. Bears starter Kim Min-gyu battled Kim Sang-su to a full count before the pitcher got Kim to fly out with bases loaded.

Bet on the Korean Series with VOBET, the best sportsbook in the world!