The 2019-2020 baseball season has been difficult for the Hanwha Eagles with a record 18 game losing streak. Thus, many Hanwha Eagles Betting fan had lost all hope for the Daejon KBO team.  However, last Sunday was a different story.  This is because the headline read, Hanwha Eagles Defeat the Doosan Bears to put an end to their losing streak.

According to baseball betting news, the Hanwha Eagles won against the Doosan Bears in a 7-6 victory. In addition, many baseball betting experts thought that the victory was just an error.  However, the Eagles were able to defeat the Bears a second time today in a 3-2 victory.

Hanwha Eagles Defeat the Doosan Bears Twice in a Row 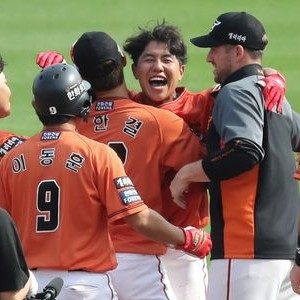 Last week, the Eagles were in despair with a long losing streak and their manager resigning after 14 straight loses. Today is a different story and the team is hoping that the winning momentum will keep going.

After breaking their losing streak on Sunday, the Eagles did not even have time to rest in between games.  This is because the game on Sunday was a continuation of the postponement of their game on Saturday.  The postponement took place because of the heavy rain on Saturday making it impossible for both teams to continue playing.

After their 2-win streak, can the Hanwha Eagles continue winning or is this just a fluke in baseball? According to betting odds analysts, the answer may be because of the new strategy of the Choi Won-ho. Choi is the interim manager for the Eagles who chose to demote 10 underperforming players.  Afterwards, he brought 10 veteran players from the minor league to replace the vacant positions.

Thus, Cho is now relying more on veteran players to lead the team and help develop younger players. Of course, the losing streak took a heavy toll on the mentality of the players. Thus, Choi said that players who lost their spot in the team will have a chance to come back on Thursday. This is because not all players who got a demotion need to be permanently off the team.

Bet on Baseball with VOBET, the best Sportsbook in the World!