The Hanwha Eagles are the worst team in the KBO this season and they are looking to change that. However, with a 26-67-1 record, they can only look towards the next season to change it. Thus, they are drafting infielders with high offensive power which is why Jeong Min-kyu Joins the Hanwha Eagles

According to baseball betting news, the Hanwha Eagles made the announcement today to chose Jeong in their annual territorial draft. This is because according to the KBO Draft format, the three worst have more choices during the draft to improve their teams. Thus, they can select prospects from their regional pool or from outside their local market. 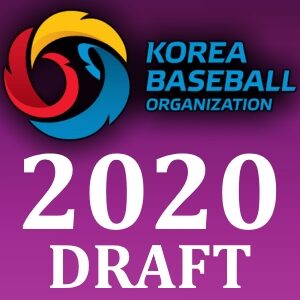 The KBO draft began on Monday with 8 out of 10 teas making their regional picks. Interestingly enough, the Hanwha Eagles and the Lotte Giants chose not to draft players from their local region. Therefore, the Hanwha Eagles chose a 17 years old infielder from Busan High School which is outside of the region.

The reason why the Eagles chose Jeon is because he is a player that can hand all 4 infield positions. In addition, fans who like to bet on the Hanwha Eagles know that his power will help their offense. This is because he has a .371/.448/.577 record in 55 games.  This includes 4 home runs, 14 doubles and 44 RBIs.

Sports News websites did mention that the Hanwha Eagles are not in need of an infielder. However, since infielders Jung and Roh still need to complete their mandatory military service. Therefore, Adding Jeong to their team is a good decision.

On the other hand, it is not a surprise to see the Giants adding Son to their team.  This is because they have been looking for a new out of town player for a while. Their first pick was Na Seung-yeop from Seoul. However, he chose to sign with the Minnesota Twins.