The Korea Baseball Organization announced some changes involving fans at stadiums. The KBO eases distancing rules by allowing fans traveling in groups to sit together. They no longer require groups to have unoccupied seats between their members.

The KBO said a maximum of four fans could sit in a row when watching games together. The league made the decision after consultations with the sports ministry and national health authorities. According to sports betting pick reports, individual teams can decide when to implement the new social distancing rule.

At present, fans need to distance themselves from each other when watching games. They need to occupy one seat apart from each other even if they are friends or family members. Also, it has been in effect since last summer when the league first allowed fans in stadiums during the coronavirus pandemic. 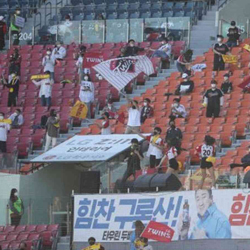 The KBO played the early part of the 2020 season without fans in the stands. Also, the league delayed the season-opening by around two months. The new rule will apply to open-air stadiums. Thus, Kiwoom Heroes betting fans need to observe the old distancing regulations because the Gocheok Sky Dome is an indoor stadium.

Popular KBO bets, such as the LG Twins and SSG Landers, can implement the new social distancing rules. During the start of the 2021 season, the league allowed fans in the stands. However, it limited the stadium capacity.

Teams playing in the greater Seoul area operated at ten percent capacity. Teams in that group include Doosan Bears, Kiwoom Heroes, LG Twins, KT Wiz, and SSG Landers. The other teams can have fans watching in their stadiums at 30 percent capacity. They are Lotte Giants, NC Dinos, Samsung Lions, Kia Tigers, and Hanwha Eagles. Also, fans are excited about the new social distancing rules. They can’t wait to watch the games with family and friends.