After a long wait full of challenges and problems, the 2020 Olympics or Tokyo Olympics will start this week! For baseball betting fans, the Opening round will begin on July 27 with the Dominican Republic facing off against Japan. For, Korea, the defending Champions, their first match will take place on July 29 against Israel. However, is the Korean Baseball Team Ready to Play Israel in the Tokyo Olympics despite missing many star players?

According to sports betting odds, Japan is the favorite team to win at +175 while Korea is at +300. On the other hand, the odds for Israel to take an Olympic gold is at a whopping +3,000. Despite these long odds for Israel, Kim Kyung-moon, the manager of the Korean baseball team is not taking any chances.

Is the Korean Baseball Team Ready to Play Israel in the Tokyo Olympics? 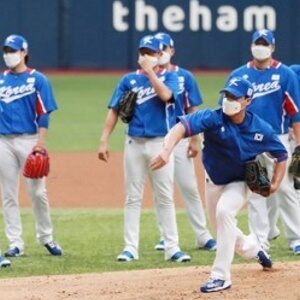 Korean coaches Choi Il-eon and Kim Pyoung-ho had a chance to observe Israel during a scouting trip to the U.S. According to their preliminary report, Kim said that Korean hitters need to be on guard against Israeli pitching.

Overall, Korea has a stronger baseball team; even without as many all-star players on the roster. However, Kim said that caution is necessary.  This is because in past matchups they “lost some game when we were unable to get to their pitchers early”. Therefore, he is not taking any chances.

According to Kim, it is imperative for the Korean Baseball team to “with the first two games”. In Fact, Kim said that at the moment, they are not even looking beyond those first two games. While they have a good chance to win against Israel, Korea will be facing off against the U.S. afterwards. Sports betting websites have the U.S. Baseball team at +350 to win the Gold.

This is the first time since 2008, that baseball has been part of the Olympic. In 2008, the Korean baseball team won gold and are thus the defending champion despite playing 13 years later. Unfortunately for baseball fans, there are no plans to include baseball in the 2024 Olympics in Paris.

Bet on Baseball Today with VOBET, the best baseball betting service in the World!