Hanwha Eagles and Lotte Giants – Who Will Be the Biggest Loser?

Hanwha Eagles and Lotte Giants are at the bottom of the KBO league standing at 9th and 10th place respectively. The latter lost four straight games to the Samsung Lions. The streak might go up to six straight losses as bettors look at the Lotte Giants betting to lose against the Lions in their next two games.

Both Hanwha Eagles and Lotte Giants are 31.5 games behind from league leader SK Wyverns. They are six games behind the 8th place KIA Tigers and 13.5 games with fifth place NC Dinos. Betting picks are not optimistic about the two teams chances this year. 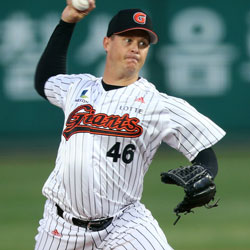 The KBO started having ten teams in 2015 when KT joined the league. During its debut season, it got 52 wins and 91 losses with a winning percentage of 0.364. It was behind 35.5 games from the leader Samsung Lions in the regular season.

At present, Hanwha and Lotte lost four games in the second half of the season. Players look at Hanwha Eagles betting to reach the record 97 losses in a season. In fact, Lotte tied the record in 2002 when it lost 97 games and won only 35 with 1 draw.

It looks like the season is over for both teams. In fact, fans are not even looking at their betting odds, since they know the teams will be the underdogs.