The South Korean baseball team for the upcoming Summer Olympics will feature around 20 young players representing the nation for the first time. Also, the team remains competitive even without two ex-MLB players on the Olympic baseball team. 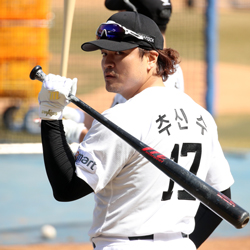 Oh pitched for three teams in the MLB between 2016 and 2019. According to iGamingKO.com, he is leading the KBO with twenty saves this season. However, his other stats are not as good as younger relievers despite them having fewer saves.

Thus, Kim picked Go Woo-suk as the team’s reliever. According to Korea Live Sports News updates, Go reminded Kim of Oh when he was younger. Also, the young reliever has 17 saves in 26 games with an ERA of 1.88.

On the other hand, Choo was a former American League All-Star. He is currently playing in the KBO for the first time. Also, he had 218 homers, 157 steals, 782 runs-batted-in in more than 1,600 games in the Major League playing for four teams.

No other Asian has more home runs in the MLB than Choo. Also, he had seven seasons with at least 20 home runs. In his first year playing for SSG Landers, Choo earned ten homers, 13 steals, and 31 runs-batted-in. Also, he is third in league with 45 walks. Another significant stat is that he is the only player with at least ten home runs and ten steals this season.

However, Choo spent most of his time in the KBO as a designated hitter. Also, the team is worried about his health. Thus, the national team manager left him off the official roster.