Former MLB player Daniel Palka arrived in South Korea last Wednesday. He will make his Korea Baseball Organization debut with the Samsung Lions. After he landed at the Incheon International Airport, he went straight to a pension in Daegu. There he will undergo a 14-day self-quarantine.

The Daegu-based Lions said that it set up some training equipment at the pension to help Palka get in shape while in quarantine. The team expects the outfielder to play on August 25, after completing his self-quarantine and spending some time in the minor league.

Samsung Lions betting fans learned that the team paid Palka $170,000 that included a signing bonus of $20,000. He came in as the replacement of Tyler Saladino, who was suffering from a back injury since July 15. 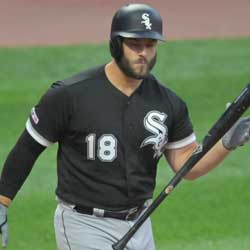 According to a sports forum, KBO teams can sign up a maximum of three players with a limit of two pitchers. The two other foreign players of the Lions are pitchers Ben Lively and David Buchanan.

Based on sports betting odds sources, Palka started his professional career in Major League Baseball with the Chicago White Sox in 2018. He had a batting average of .218 and 29 home runs. Also, he got 71 RBIs.

At present, Samsung Lions are in eighth place in the KBO. Also, they are eighth in both home runs and batting average. The Lions hope that Palka can help them improve their standings in the KBO. His salary is $100,000 for the rest of the season with a signing bonus of $20,000 and incentives worth $50,000. Also, the Lions bought out his contract with the White Sox for $100,000.

The Lions waived Tyler Saladino for Palka. The two players used to play together with the White Sox in 2018. Saladino has been out since July 15, and the team can’t wait for his recovery.