Manager of the Samsung Lions Resigns

With 2 months left until the KBO postseason, baseball teams are fighting for a position in the Korean Series. At the moment, the SSG Landers are leading with an impressive 63-28-3 record and will undoubtedly make the playoffs. However, other teams are struggling with no hopes of making the postseason. When that happens, struggling clubs have to rearrange their players and management teams.  Therefore, it comes as no surprise as the Manager of the Samsung Lions Resigns due to their abysmal performance.

Samsung Lions Manager Resigns due to the Team’s Abysmal performance 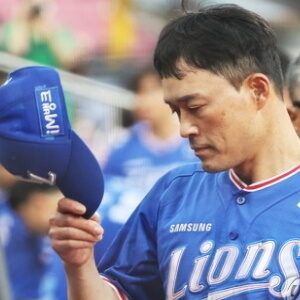 As is common with any sports club, struggling teams need someone to blame for bad performances. Often time, it leads to players and management staff losing their job. In this case, Lions Team manager, Huh Sam-young is taking the fall.

For a team that had the best regular season a year ago, falling to ninth place is painful. Last month, the Lions had a 13-game losing streak making them fall from sixth to eighth place. Furthermore, last Sunday despite starting with a 4-0 lead, the game ended with a 5-5 tie with the Lotte Giants.

According to sports betting odds, they have only won 3 of their last 19 games. Part of the reason is because the Lions had had several key players out of the game due to injuries.

Huh took charge of the Lions in September of 2019 and lead the Lions to the postseason in 2021. For the Lions, this was a major achievement since it was their first playoff appearance since 2015. Unfortunately, the 2022 season was far from their performance from last year.

According to the Lions, minor league manager, Park Jin-man, will become the interim manager for the rest of this season.