Ex-Major League slugger Jose Pirela signed with the Samsung Lions of the KBO. He signed a one-year contract worth up to $800,000. According to Samsung Lions betting sources, the deal included a guaranteed salary of $500,000. Also, he received a signing bonus of $100,000. He will receive the remaining amount through incentives.

Pirela made his Major League Baseball debut in 2014. He had a batting average of .257 with 17 homers and 82 runs-batted-in in 302 games for New York, San Diego, and Philadelphia. He played as second baseman and the outfielder.

In 2020, Pirela played for the Hiroshima Toyo Carp of the Japanese professional league. He averaged .266 with 11 home runs and 34 runs-batted-in for the season. According to Korea Wager sources, his time in Japan will help him adjust to the KBO. 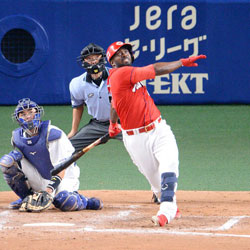 Korea Baseball Organization teams can sign a maximum of three foreign players. However, each team is limited to two foreign pitchers. According to Korea Sports News reports, Samsung Lions already have two foreign players for the next season. Aside from Pirela, they also have David Buchanan, who decided to extend his contract with the club.

Last November, retired superstar Park Han-yi rejoined the Lions as its coach for the 2021 season. Park had to retire early after a drunk driving accident in 2019. He said he already atoned for his mistakes during his time away from baseball.

Park spent all his 19 years as a professional baseball player with the Lions. He retired from playing at the age of 40.