Former Gold Glove winner Juan Lagares signed with the SSG Landers. Thus, he replaced Kevin Cron in the lineup. According to SSG Landers betting reports, the contract is worth $495,000. In addition, he will receive $400,000 in salary and $95,000 in bonuses.

Lagares played most of his major league career with the New York Mets. He signed with the team in 2006. However, he spent his early professional baseball career in the minor leagues as he suffered several injuries.

The Dominican center fielder made his Major League debut in 2013. He surprised baseball betting pick experts the following year when he won the Gold Glove Award. Also, the MLB recognized him as the best center fielder in the NL. 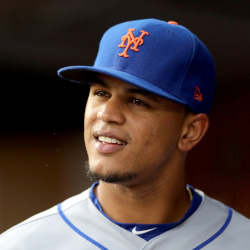 Since winning the award, Lagares’ form dropped over the following years. Also, he suffered from injuries. As a result, the Mets didn’t renew his contract after the 2019 season. Instead, the center fielder spent several years in the minor leagues before signing with the Angels last year. Also, he earned a spot in a major league lineup.

Lagares played 20 games with the Los Angeles Angels this season. He got eleven hits and four runs with an average of .183.

Lagares replaced Cron, who debuted in the KBO this season. Cron had a batting average of .222 with 11 homers and 3 RBIs. However, the team sent him to the Futures League in recent weeks. Although the SSG Landers is on top of the standings, they are still looking for ways to improve their performance.

Aside from Cron, the team wants to replace Ivan Nova. There was a lot of hype surrounding Landers’ signing of the former NY Yankees pitcher last December 2021. However, he only had 12 appearances for the team this season. According to baseball run lines experts, Nova had three wins and four losses with an ERA of 6.50.