The two pitchers signed their multiple-year contracts before their current agreements ended. Also, the KBO recently allowed resigning players to multi-year deals before they become free agents. The league changed the rules in July.

According to betting odds experts, KBO players can only sign a single-year deal until they become free agents. Both Moon and Park have a year left in their contracts before becoming free agents. In June, both pitchers had elbow surgery that ended their seasons. However, they want to return to the mound in 2022. 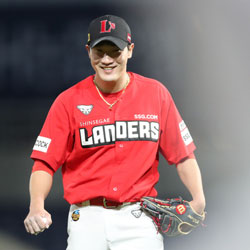 Park was part of the Landers franchise, formerly known as SK Wyverns. He has a total of 66-62 record with the franchise and an ERA of 4.55 in 201 games. According to Korean sports betting reports, Park was one of the steadiest pitchers before his injuries. In 2021, he had a 4-2 record with an ERA of 2.82 in nine appearances.

The team said it would depend on the two pitchers to recover full health next year. Also, it hopes that Park and Moon become the pillars of the team’s pitching staff. In addition, offering them a multi-year contract provides stability to the team’s roster.