Current MVP of the WKBL Park Ji-su will not participate in the national basketball team training. Also, she might not be part of the roster for the Women’s World Cup scheduled for next month. The start player is the only player active in the WNBA and the WKBL.

According to sports news reports, Park left the KB Stars training last month. She showed signs of a panic attack and was hyperventilating. Thus, the team sent her to the hospital. Last Monday, the Korea Basketball Association announced the exclusion of Park from the national team training. National Basketball Team betting fans learned that she is undergoing treatment for panic disorder.

The KBA said that Park went through a thorough examination for hyperventilation symptoms. Doctors diagnosed early stages of a panic disorder. Thus, the association decided to exclude Park from the national team. 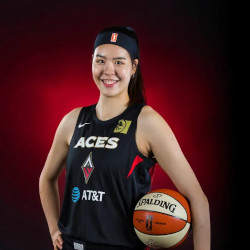 According to sports betting odds experts, Park’s condition remained unclear. Thus, the Korea Basketball Association will not include her in the lineup for the World Cup. Park debuted with the National Team at 16 years old. She was the youngest player ever to play for the squad.

At 23 years old, Park is now one of the most popular Korean players in the WKBL. Also, she is one of the few players who are playing in both the United States and Korea. The Aces drafted her four years ago to become the first Korean player to under the WNBA.

Park played for the Aces from 2018 to 2019. Also, she missed the 2020 season due to injury. The team asked her to play with them again in 2021. During the WNBA offseason, she plays with Cheongju KB Stars in the WKBL.

Last season, Park won her second straight MVP award in the WKBL. It was her third one in total. In addition, she won the most recent MVP award by getting 110 out of 110 votes.