It seems like trouble is following wherever Ki Sung-yueng goes. The FC Seoul captain is in trouble again. Last Friday, he apologized for controversial land deals. Thus, the police investigated the accusations of property speculation.

Gwangju police booked Ki and his father Ki Young-ok for several charges, including violating the agricultural land act. According to a sports forum, authorities suspected the two to falsify land management documents. As per the police report, the father and son tandem bought farmland in Gwangju from 2015 to 2016.

FC Seoul betting fans still support their captain. However, it was discovered that Ki illegally changed a plot of land into a parking lot for trucks. The land was close to or inside an area later named a construction site for apartment complexes and public parks.

FC Seoul Captain is in Trouble 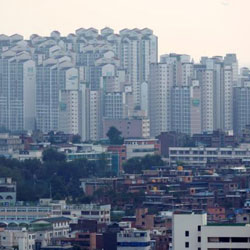 Land prices more than doubled since the Kis purchased the land. Thus, there were speculations that the father and son speculated on land prices. The Seoul FC midfielder apologized for causing trouble. He said that it was due to his ignorance.

According to people who bet on volleyball and football, the older Ki used to be the Gwangju FC chief. He purchased 15,000 square meters of land in his and his son’s names for around $5.25 million.

The younger Ki said he didn’t know parts of the land were agricultural land. During the time of the purchase, he was overseas. Also, he was not involved in managing the land. He said that they are going to build a football academy on the ground.

The father proposed building a football center to develop promising young talents. The younger Ki accepted the suggestion and left the planning to his father. Also, he said that he would cooperate with the investigation. He would accept punishment if found guilty.