The drama continues with the FC Seoul football Ki Sung-yueng. This is because last month, Ki Sung-yueng were accusing him of sexual and physical assault during elementary school. However, super star footballer Ki has been repeatedly denying those charges. Today, football betting websites said Ki Sung-yueng is filing damage claim against accusers for the truth to come out.

For Korean sports, this is just one of many sexual and physical claims to have come about in recent years. However, this time around, Ki is denying all charges from those two teammates. According to the accusers, the assaults took place 20 years ago in January and June 2000. 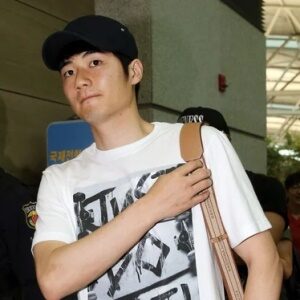 According to football forums, Ki’s legal representative, Song Sang-yeop put out a press release about filing the claim. In the claim, they Ki is suing for $442,530 in compensation for damages from the false accusations. Furthermore, they said the filing of the claim was done at Seoul Central District Court. IN addition, a criminal complaint filing was also done at the Seocho police station.

In the original accusations, the accusers did not name Ki Sung-yueng directly as the perpetrator.  However, to football fans, it is obvious that they are talking about Ki from the details of their accusations. As soon as the accusations came out in February, Ki immediately made posts on Instagram denying the abuse.

The case has gotten more attention after testimonies from the accusers in a MBC investigate program. In addition, Song has told the accusers to provide evidence but they said they would only do so in court.  Thus, Ki Sung-yueng is now taking the accusers to court to prove his innocence.

For FC Seoul betting fans, these accusations have not hurt their sports wagers. This is because Ki’s performance is still very good since they have won their last three games. In addition, FC Seoul now ranks second place in the league with 12 points from 4 wins and 2 losses.