The Month of March is over and every year, football fans get to vote on who is the best player. Today, the results are finally out, and we get to know who the best football player for the month of March. Thus, according to the K League 1 announcement, Ki Sung-yueng of FC Seoul is the Best Player of the Month.

Becoming the K League 1 player of the month is not an easy task for any player. This is because they must first get chosen by votes from the K League’s performance evaluation committee. According to football betting websites, this counts for 60% of the selection process. Afterwards, fan voting counts for 25% of the selection. Last, they must be one of the 4 video game players in EA Sports FIFA online. 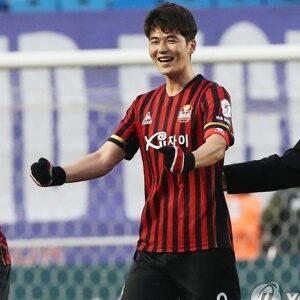 The sponsor for the K League 1 player of the month award is Electronic Arts Korea. Obviously, they are the league’s office video game partner. Furthermore, every month a football player must beat some difficult competition in order to receive the award.

This month, Ki Sung-yueng, the captain of FC Seoul had to beat out three other candidates. Needless to say, those who like to bet on FC Seoul were very happy with the outcome. Thus, he beatDaegu FC forward Cesinha, Jeonbuk Hyundai Motors midfielder Kim Bo-kyung and Ulsan Hyundai FC goalkeeper Jo Hyeon-woo.

The 32 years old Ki Sung-yueng began his professional football career with FC Seoul in 2007. In 2009, he left FC Seoul for a successful career in Europe with the Celtic and several other European teams. However, after a decade playing abroad, he came back to FC Seoul in 2020.

While he is a popular player in South Korea, he has been in the news recently over bullying charges.  According to football news, the bullying took place in his middle school days. However, Ki is denying the allegations and is suing his accusers for damage.