The Chelsea vs Wolves fixture is the first one after the Frank Lampard era. It is also not an easy assignment as it goes up against the Wolves at Stamford Bridge.

The team fired Lampard due to the lack of efficiency coming from fresh signings Timo Werner and Kai Havertz. According to football betting picks experts, Havertz hasn’t adjusted into the league yet. It didn’t help that he suffered from COVID-19 that had him sidelined for a week. He scored a single goal in 16 Premier League appearances and gave two assists. 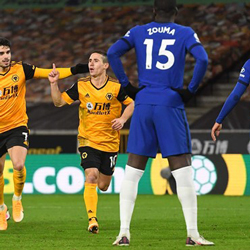 Werner frustrated sports forum users. He found himself in goal-scoring opportunities but often failed to capitalize. He scored four goals in the Premier League for Chelsea so far. New team manager Thomas Tuchel needs to figure out the best formation that suits the team.

He used to lead Paris Saint-Germain and Borussia Dortmund. On both sides, he used four attacking players and two holding midfielders. Based on our soccer betting predictions, it is the best formation for Chelsea. He has several talented attackers he can use for the formation.

On the other hand, the Wolves went through six league games without a win. Four of the games were defeats. Also, two of the losses came from West Bromwich Albion and Burnley. The good news is that the team scored six goals in three games. However, they only earned a point for those games.

Bet on Chelsea at -1

Although both teams are not in good form in recent weeks, Chelsea has a clear advantage. The team has more on the line going into the game. At present, Chelsea is five points out of the top four. They need a win to stay within near the leaders.