In the latest Gyeongnam FC News, the Korean football club will be letting go of a player in their roster. Of course, any change in the lineup will mean keeping track of sports news to determine the betting odds since the change will be announced.

In the case of Gyeongnam FC, the club will be letting go of Jordon Mutch, former Premier League player. The reason why he will no longer be with the team, is that Mutch is not able to transition both on the field, and off the field. 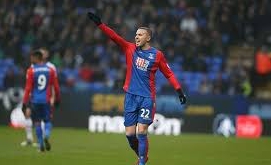 The midfielder’s one year contract with the Football club has been terminated. The 27 year old English player used to play for Birmingham City, Cardiff City, the Queens Park Rangers as well as Crystal Palace in the Premier League. Mutch joined the Gyeongnam FC in February of this year.

And yet after only 8 matches, Mutch only has 1 goal made, as well as an injury he had from April. He tried to join the field again towards the end of June, however he coudlnt since his hamstring injury was getting back. This is also a huge adjustment for Mutch, as it is his first time to live in a country that speaks a different language.

This change is just another hurdle that Gyeongnam has to face. Last year, their team performed surprisingly well. But the team is simply not able to sustain that success this year. Instead, they are now only at the 10th place throughout the league. They currently have14 points from two wins as well as eight draw and 9 losses.

Will Gyeongnam FC’s change in the roster allow the team the opportunity to replicate their success last season? Time will tell. For now, check out some sports betting predictions to find out which of the teams in the K League will be the best to bet on.