Ulsan Hyundai FC and Jeonbuk Hyundai Motors are the top K League teams this season. However, their performance in the last couple of games was dismal. They were not playing as the K League’s contenders.

Jeonbuk Hyundai Motors is currently at a four-game winless skid with a loss and three draws. Despite that, the team remained on top of the standings with 29 points. It was due to the team’s good start this season. However, the squad failed to run away from the field. Also, it suffered its first loss this year on May 9.

On the other hand, Ulsan Hyundai FC is in second place with 27 points. They failed to close the gap between them and Jeonbuk. In their last five games, they had one win and four draws. In their previous two games, Ulsan gave up opening goals. Thus, the team had to catch up to even the score. 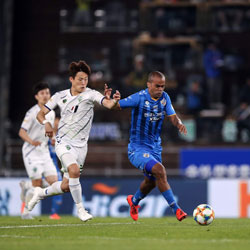 The two teams will play each other on Wednesday as Ulsan visits Jeonbuk at the Jeonju World Cup Stadium. Also, it will be the second meeting of the two squads. Their first game ended in a scoreless draw. Jeonbuk Hyundai Motors betting fans were unhappy with the results because it was the first time the team failed to score in the season.

People who bet on football are hyped about the upcoming match. The first match didn’t live up to the excitement. Coach Kim Sang-sik of Jeonbuk said they would try to score more goals in the forthcoming game.

The third and fourth-placed teams will face each other on Wednesday as well. Daegu FC and Suwon Samsung Bluewings will have the chance to be in second place. Suwon has 26 points to be in third place. On the other hand, Daegu has 25 points. According to a virtual sports betting report, the team is currently on a six-game winning streak.