Team manager Kim Hak-bum needs to finalize the South Korea national football team roster for the Olympic Games next month. He opened the final training camp Tuesday, a week before creating the roster for the Summer Olympics.

Kim invited 23 players to the training camp at the National Football Center. In the previous training camp, he had 30 players. According to national football team betting fans, the squad won against Ghana in friendly matches. 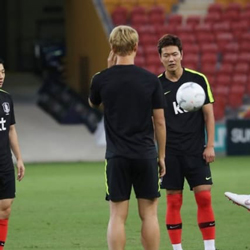 The Olympic men’s football tournament is open to players under the age of 24. However, according to Korean sports betting reports, organizers raised the age limit to 24 for the Tokyo Olympics. Thus, players born on January 1, 1997 and after qualify for the tournament.

Also, teams can have a maximum of three players who are above the age limit. Thus, there are 15 spots for under-24 players. The battle for each position became more intense. In the current training camp, there are three goalkeepers, six midfielders, six forwards, and eight defenders.

According to iGaming platform sources, Song Bum-keun is likely to become the team’s starting goalie. An Chan-gi and Ahn Joon-soo will battle for another goalkeeper spot in the Olympics. Coach Kim will likely pick three outfield players for the wild card spots. There are speculations that the three wild cards will be midfielder Kwon Chang-hoon, forward Hwang Ui-jo, and center Kim Min-jae.

Kwon is an attacking midfielder playing for Suwon Samsung Bluewings this season. However, he will start his mandatory military service next year, which he will serve with the second-tier military team Gimcheon Sangmu.

Hwang is a goal scorer who played for Kim in the 2018 Asian Games and Seongnam FC in the K League 1. He is currently the scoring leader of the French team, FC Girondins de Bordeaux, with 12 goals.