South Korea vs Japan friendly match will happen on March 25. The Korea Football Association announced the schedule after the two nations agreed on the date. Also, it will take place at the Nissan Stadium in Yokohama.

It will be the first game between the rivals since December 2019. They met at the final match of the East Asian Football Federation E-1 Championship in Busan. Also, the two nations met in the EAFF tourney in 2013, 2015, and 2017. Their last friendly match was in Sapporo in August 2011. The home team won 3-0.

South Korea and Japan played against each other 79 times. The former won more games with 42 wins, 23 draws, and 14 defeats. According to national football team betting sources, the two teams played against each other two times at the Nissan Stadium. Japan won the first game in March 1998. However, the second match ended in a scoreless draw in 2003. 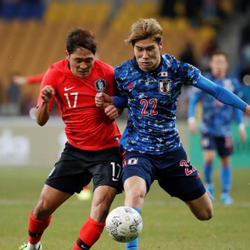 The upcoming friendly game falls within the international match window from March 22 to 30. South Korea hasn’t played any games over the previous year because of the pandemic. According to betting odds sources, FIFA canceled all the World Cup qualifiers in 2020. Also, the South Korean men’s team played its first international friendly in November.

South Korea has four World Cup qualifying matches in June. Also, the next phase of the qualifiers will start in the second half of 2021. South Korea wants to take advantage of the opportunity despite the pandemic.

Japan contacted South Korea for a friendly fixture. Also, the two nations have been talking about it for several weeks.