The 2022 Qatar FIFA World Cup is a big event for football fans and teams all around the globe. Despite the Coronavirus pandemic, football teams are still eagerly hoping to qualify for this prestigious tournament. However, not all teams think that as the North Korea Football Team will Not Participate in the World Cup Qualifier.

Last Friday, North Korea send its intention to not participate in the Asian qualifiers for the 2022 Qatar World Cup. According to football betting news, the DPR Korea Football Association (PRKFA), sent an official document to the Asian Football Confederation. In the PRKFA documents, they said they would stay away from the second round of the World Cup Qualifier. 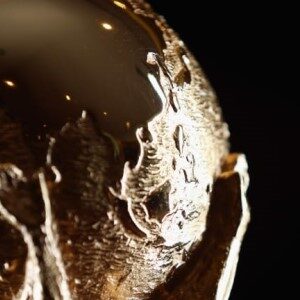 The next round of the 2022 Qatar FIFA World Cup Asian qualifier will be held in June in South Korea. However, due to fears of infection by the Coronavirus, North Korea chose to not participate. Therefore, they are essentially quitting the race to qualify for the FIFA World Cup.

North and South Korea both belong to Group H in the second round of the Asian qualifiers. In addition, Turkmenistan, Lebanon and Sri Lanka also belong to Group H. According to the 2022 FIFA World Cup rules, there are 8 groups with 5 countries in each group. During the second round, the 8 group winners and the 4 best runners up will advance to the third round.

The second round began in September 2019. However, they were not able to resume in March of 2020 because of the coronavirus. Therefore, most of the second-round matches will be taking place in June of 2021.

Due to these problems, the AFC will no longer use the home-and-away format. Instead, each nation in each group will finish the remaining matches from May 31 to June 15 in one country. South Korea will play against Turkmenistan on June third, Sri Lanka on June 11 and against Lebanon on June 15. If North Korea decides to participate, South Korea will play against them on June 7.

This news comes to light after Hwang Hyun-soo of FC Seoul became positive for COVID-19. For FC Seoul betting fans, this is another disappointment. Especially after the news that the FC Seoul captain is in trouble again.