Last year, fans who like to bet on Gimcheon Sangmu did not get to see them play in the K-League 1. This is because they lost their K-League one ranking at the start of the 2020 Korean football season. Today, Gimcheon Sangmu Returns to the K League 1 after receiving a promotion for defeating Bucheon FC on Sunday.

For the South Korean military football club, the promotion from the K-League 2 to K-League is cause for celebration. The best part for them is that according to football betting news, their promotion to the first division is secure. This is because even if they lose the remaining 2 matches their spot is secure with an-8 point divisional lead. 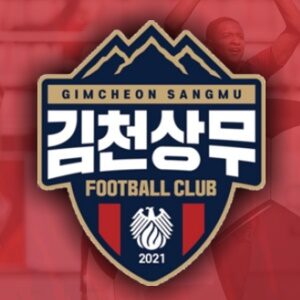 Gimcheon Sangmu FC began as a semi-professional football team in 1984. It was not until 2003 that they began competing in the K-League 2 division. Finally, in 2013, they won the first K League Challenge and got a promotion to the K-League 1. Unfortunately for them, they lost their K-League 1 ranking in 2020 due to a technicality. This is because every time a team moves to a different city, they have to start again in the K-League 2.

However, they will be returning to the K League 1 after defeating Bucheon FC 1-0 Last Sunday.

This season, they are the top team in the k-League 2 with a 14-game winning streak. Furthermore, their winning streak is made up of 10 wins and 4 draws. Overall, they have a total of 67 points for the season which is 8 points ahead of FC Anyang.

Of course, sports betting odds websites knew they would not stay in the K-League 2 very long. Last season in the K-League 1, they were in fourth place with excellent talent. Thus, a superior football team to any clubs in the secondary league.

Gimcheon Sangmu will play against Jeonnam Dragons on Saturday. In addition, their last match of the season against Busan IPark will take place on October 31.