Suwon Samsung Bluewings get new coach as it tries to avoid relegation this year. The franchise signed its former star Park Kun-ha as the new manager. Before signing Park, former assistant coach Joo Seung-jin served as the interim head coach of the team.

Joo became the interim coach after Lee Lim-saeng resigned last July. It will be Park’s first coaching job in the K League 1. Also, he spent all his pro soccer career in Suwon. In 1996, he won the Rookie of the Year award. Suwon Samsung Bluewings betting fans are happy with the team’s decision.

Park helped the Suwon Samsung Bluewings win three K League titles, an Asian club title, and one FA Cup championship. He retired in 2006 and became an assistant coach of the team the next year. Later, he became the coach of the franchise’s under-18 squad and its reserve team. 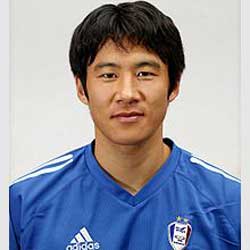 Aside from coaching the franchise, South Korea tapped Park to be the assistant coach of the Under-23 and senior men’s national football team. Also, he served a short stint as the head coach of K League 2 team Seoul E-Land FC, according to sports betting reports. He spent some time as an assistant coach for Dalian Yifang and Shanghai Shenhua in China.

Based on sports news archives, Suwon is currently at 11th place, with eight games left in the season. The team earned 17 points and only three points ahead of last-placed Incheon United. The bottom team will be relegated automatically.

Since the introduction of the relegation system in 2013, Suwon hasn’t been relegated to the K League 2. However, they are in danger to suffer from relegation this year. They have two wins with five losses and a draw under coach Joo.

According to Korea Football Association rules, Joo can only be the head coach for 60 days because he doesn’t have the Pro-Diploma or P License. The KFA rejected Joo’s application for a license. Thus, Suwon needed to find a new head coach.