Will Son Heung-min Play for South Korea in the Tokyo Olympics?

The Tokyo Olympics will be very different from all other Olympic games for many reasons. One of them is that they Olympics games will take place in July of 2021 instead of 2020. Furthermore, no foreign spectators will be in attendance because of the COVID-19 pandemic. However, for Korean football betting fans, none of this matter at the moment. This is because they are asking, will Son Heung-min Play for South Korea in the Tokyo Olympics?

According to football betting websites, Son Heung-min has been chosen to be part of the South Korean National Football team. Kim Hak-bum, the head coach of the Korean Olympic team made the announcement to include him on Monday.

Can Son Heung-min Play for South Korea in the Tokyo Olympics? 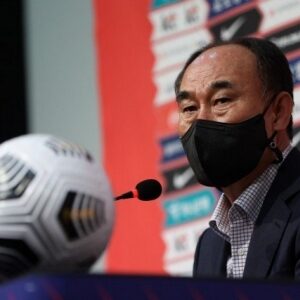 For his part, Son Heung-min said he is willing to represent South Korea at the Tokyo Olympics. According to Olympic rules, players must be 23 or younger. However, this year, the age limit is 24 because of the delays in the Olympics. In addition, each team can have three players over that age which is why he was chosen by coach Kim.

Unfortunately, being chosen and willing to participate does not mean he will be able to play for South Korea. This is because he is a star player for the Tottenham Hotspur and it is up to them whether they will let him play, Fans who like to bet on football are hoping Tottenham will allow him to play.  This is because it would greatly increase the betting odds on South Korea to win.

The issue is that unlike FIFA sanction matches, teams do not have to release their international players for the Olympics. Since the Tokyo Olympics coincides with the start of the Premier League season, this will be a problem.

First, Son Heung-mi a star player for the Tottenham Hotspur and very important to the team. For professional football teams, players are assets. Thus, it is unlikely they will release him to participate in the summer Olympics.

In the event that Son Heung-min is not able to play for Korea, coach Kim does have an alternate plan.