Its finally time for Super Bowl LV which is the most exciting sporting event of the year in the world. Or at least it is for many American football fans and gamblers around the globe. Therefore, we give you our Super Bowl LV Betting Pick between the Kansas City Chiefs and the Tampa Bay Buccaneers.

This year, the Super Bowl will take place on February 7, 2021 at the Raymond James Stadium in Tampa, FL. While this is a popular betting event, not all Korean Sports Betting fans are familiar with NFL Football Betting. If you need help understanding NFL wagering, please see our tutorial on How to bet on the Super Bowl.

The Chiefs are the top NFL team with 14 wins during the regular NFL season. Furthermore, Kansas City Chiefs betting fans want to see them win two championships in a row. On the other hand, the Buccaneers barely made it to the Super Bowl with an 11-5 record. 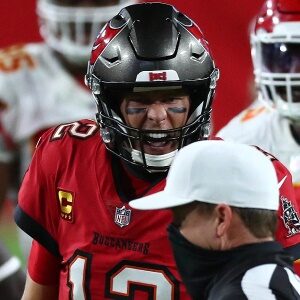 In their last game, the Kansas City Chiefs won 38-24 against Buffalo to win the AFC Championship game. Furthermore, the Chiefs QB, Patrick Mahomes made 29 of 38 passes for 325 yards and 3 touchdowns. In addition, Tyreek Hill caught 9 passes for 172 yards while Darrel Williams had a rushing touchdown for the Chiefs.

Tampa Bay Buccaneers will be the first team in NFL history to play a Super Bowl at their home stadium. In addition, the Buccaneers won the NFC Championship game against the Green Bay Packers 31-26. During the game, they had an 11-point halftime lead until the end of the game. Furthermore, they second highest ranking in the NFL for passing with 289.1 ypg. They also did a good job with their offense by sacking Aaron Rodgers 5 times.

In terms of quarterback power, Tom Brady threw 280 yards and had three touchdowns in his last game. On the other hand, RB Leonard Fournette of the Buccaneers had 55 rushing yards on 12 carries and a touchdown.

Bet on the Tampa Bay Buccaneers at +3

According to sports news, Kansas City Chief Eric Fisher will not play in Super Bowl LV. Furthermore, RT Mitchell Schwartz who is back on the roster will probably not play as well. Since they are two of the top scorers in the NFL, this will be a tough win for the Chiefs. While it is true that the Chiefs are the favorite team to win, the Buccaneers will win 30-27 ATS.

Bet on NFL Football with VOBET, the best sportsbook in the world!