The BMW Ladies Championship tournament at the LPGA International Busan will take place between October 24-27. The sports betting odds for the tournament are already out with Ko Jin-young as the favorite to win the tournament. 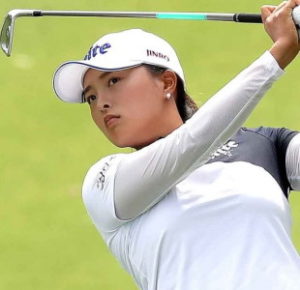 Despite being a new course in the Ladies Professional Golf Association, event organizers expect a large turnout for the event. This is because South Korea is the home country of the several top golfers in the LPGA.

Ko Jin-young who leads the LPGA Tour for money and scoring average will be the star of the tournament. However, the competition will be fierce as 50 LPGA member and 30 KREA LPGA golfers will also be participating. According to betting pick experts, her biggest rivals will be Koreans as they currently lead the pack with 4 titles.

For Ko, she recently won her tenth career KLPGA title just last weekend at the Hite Jinro Championship.  Thus, after winning of the tour’s four major tournament is in high spirit. This time around, the 72 strokes tournament has total winning purse of $2 million with $300,000 going to the winner.

The BMW Ladies championship will have several champions this year with Kim Sei-young and Hur Mi-Jung of South Korea.  This is in addition to Brooke Henderson of Canada and Hanna Green of Australia. Thus, Ko will certainly have a lot of competition in this tournament.

Furthermore, Sports news in South Korea believe that rookie golfer, Lee Jeong-eun will also be a tough contender for Ko. This is because she got the Rookie of the Year Award last week and also because of her U.S. Women Title.

Bet on the LPGA with VOBET, the best sports betting website in the world!