The Ladies Professional Golf Association Tour (LPGA) is the most prestigious golf tournament for women around the world. This year, it is made up of 35 tournaments with the latest one ending yesterday in Portland, Oregon. Korean Golf betting fans were very happy with the results as Ko Jin-young Wins the Cambia Portland Classic.

According to sports wagering news, Ko, the number 2 player in the LPGA won the Portland Classic by 4 strokes. In addition, throughout the entire tournament, Ko was dominating the field despite some tough competition. 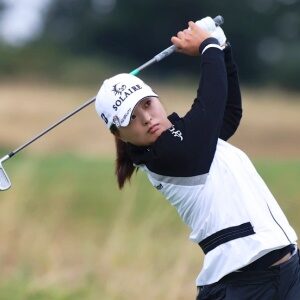 For Ko Jin-young, this is the second time this season that she enters the LPGA Winner’s Circle. The tournament did have a few setbacks because of the rain on Saturday. Thus, it went from being a 72-hole tournament to a 54-hole one. In addition, this was her first tournament since the Tokyo Olympics.

During the beginning of the tournament on Friday, Ko had taken the lead with a 67. In the last round, Ko had a bogey-free day of 69 at the Cambia Portland Classic. By the end of the day, her last stroke was a birdie at the 18th hole for the win.

According to Golf forums, Ko was not the only Korean golfer that made their mark at the Cambia Portland Classic. This is because South Korean Lee Jeong-eun and Australian Su Oh tied for second place at seven-under.

For Ko, this is her second win of the season after winning the Volunteers of America Classic back in July. Overall, this makes it her ninth win in the LPGA. Ko Jin-young is one of three South Korean golfers to have won an LPGA title this year. The other Korean golfers who have won are an LPGA tournament are Park In-bee and Kim Hyo-joo.

There are 7 LPGA tournament left for the year and Ko will be participating in all of them.

Bet on Golf with VOBET, the best online sportsbook for Korean gamblers!