Park In-bee Gets the First LPGA Win of the Season

The golf season is now beginning for 2021 the Ladies Professional Golf Association tournament making golf fans happy. For South Korean Golf Betting fans, the news is even better. This is because Park In-bee Gets the First LPGA Win of the Season.

Furthermore, this victory is a first for the Hall of Famer because it is her 21st LPG Tour title. In addition, this is her first-time winning LPGA tournament at the Aviara Golf Club. While she came close in previous year, she was only able to win second place in 2010, 2016 and 2019. She is now at the same position as LPGA founder, Marilynn Smith for 25th place on the victory list. 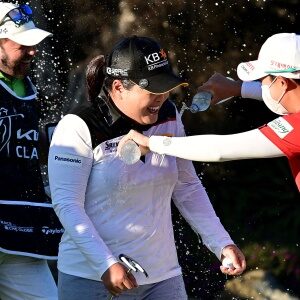 Park In-bee is a legend around the world for being the youngest player to win the U.S. Women’s Open. Furthermore, she is the second person to win the Women’s PGA Championship three years in a row. Needless to say, when she plays, the sports betting odds websites have her as the favorite person to bet on.

Last Sunday, gamblers who put their wagers on her made some money as she won the tournament. According to sports news, Park shot a two-under 70 in the final round to finish at 14-under 274. Furthermore, during the entire tournament, Park was always in the lead without any serious threats from her competitors.

After winning the Kia Classic at the Aviara Club, Park is now on track for qualifying for the Tokyo Olympics. However, there is no doubt in everyone’s mind that she will be at the Olympics to defend her gold medal.

According to Golf forums, the motivation for Park this year is to make the Olympic team to defend her title. However, in order to make the South Korean Golf Olympic team, she does face some tough competition. This is because only the top 15 golfers in the world ranking will be eligible for the Olympics.

With only 4 golfers per country, she faces tough competition since 6 of the top 15 golfers are from Korea. At the moment, she ranks fourth behind Ko Jin-young, Kim Sei-young and Kim Hyo-joo.

Bet on Golf Today with VOBET, the best Golf sportsbook in the world!