Woo Ha-ram Was Very Close to Winning a Medal

The latest Korean news focuses on the FINA World Championships. A lot of regional sportsbooks has sports betting odds for those who wish to place wagers on the top international aquatics competition. Our latest swimming news focuses on Korean diver Woo Ha-ram, who got very close to win the men’s 3-meter springboard.

Woo scored 478.80 points in 6 attempts at the FINA World Championships, which is held in Gwangju. In the second time that day, Woo lands in the 4th place, same as his result with the 1-meter springboard competition earlier in the day. 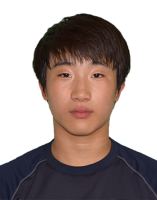 But since Woo qualifies for the finals in this competition, he will have a spot at the Tokyo Olympics, which will be held next year. Woo will get to compete and get another chance to prove his skills in the international arena.

Woo’s first 4 dives were impeccable, particularly his third dive where he got a score of 91.20. However, in the 4th dive, he got 47.25, which was the round that took him out of the running. Chinese diver Xie Siyi won his second gold medal in a row for this competition in the final round. Xie won 102.60 points in his final dive, which got him to 545.45 points.

As for Woo, he also scored a career record high of 99.45 in his last round. However, he lacked the 25.75 points that he needed to beat to be able to stand in the podium during the awarding of the medals.

But despite his loss, Woo is satisfied with his performance in the championship. And he is also looking forward to future competitions that he can and will be joining. If you want to learn more on betting on the different kinds of sports, check out some sports betting tutorials to learn.